The VIP-50 was fantastic! The sound we got both on stage and for the recording with Lalo Schifrin and the Sydney Symphony Orchestra was great. Our engineer Richard Lush (ex Abbey Road) was particularly impressed and those involved in the recording at the Sydney Opera House studio said they love it.

It’s a real dichotomy to me. Milab managed to get the warmth of an old ribbon mic as well as the pristine top end of a new generation transistor mic into the one microphone. When you’re recording great singers you need a microphone that is up to the task. This is a great microphone!

I cannot remember being so impressed with a microphone. The Milab VIP-50 appears to be a very versatile mike. I’ve tried it on different combinations of male and female voices, and every time it has won hands down in comparison with all the best mikes available. 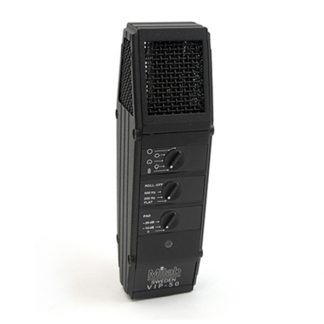